The suspense is at its height: after months of tensions, and some inadable exchanges along the way, are Xi Jinping and Donald Trump really about to sign the “phase 1” of the trade deal for which the US President risked economic health of his country? 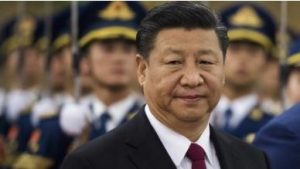 The slowdown in the U.S. economy, affected by the gradual rise in tariffs with China, is sensitive: our MMS indicator is at 31, almost the lowest since 2010. Not very encouraging for Donald Trump in the run-up to the 2020 election.

Paradoxically, the uncomfortable situation of the American president is probably one of the keys to the prudence of the Chinese authorities: weakened by the impeachment investigation and by doubts about the strength of the economy, Donald Trump is falling in the polls. Should Xi Jinping then bet on the election of a Democrat next November and prefer to wait for a new administration, more predictable if not more conciliatory?

Things aren’t that simple. Trump hasn’t lost yet, far from it. The electoral process is full of surprises and bookmakers always give it favorite. Moreover, no one can be certain that a new power in Washington, especially if supported by a large majority in Congress, would be sensitive to the interests of the Middle Kingdom. But above all, the Chinese authorities must now take themselves seriously to the bedside of the economy: while growth is steadily weakening and inflation is reaching 3%.

Although our Economic Momentum MMS indicator shows a recent resurgence of optimism in the Middle Kingdom, this is largely due to the resilience of consumption while the industry still suffers from trade tensions with the United States and lack of productivity of state-owned enterprises.

China’s economic momentum indicator has returned above its equilibrium level 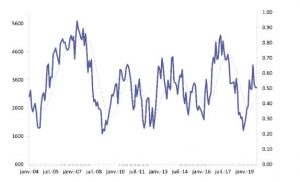 In total, Chinese growth is now on the 6% annual threshold and the trend is clearly towards erosion. Yet, despite the gradual collapse of the labour force, the economy still needs to create about 12 million net jobs a year to absorb the persistent rural exodus. The target of 6% growth, clearly stated by the authorities, corresponds to the millions of jobs to be created. The pressure is therefore greatest on the authorities to remove trade uncertainties and allow a restart of the industrial fabric and exports.

Beneficial for both sides, an interim agreement to formalize a truce in the “Thucydian” escalation between the two giants is likely. But to go further and lift the mortgage of the 10% additional tariffs planned on December 15th on $250 billion in U.S. imports of consumer goods products, or even to ease the duties already in force, the China needs to do more.

That’s where the damage is. For the rest of the way requires a return to the essential elements that underlie the “Xi Jinping Thought”, for example by renouncing subsidies granted to state-owned enterprises. This is a far cry from the purchase of $20 billion a year of Uncle Sam’s agricultural products that would be provided for by the interim agreement!

Between two powerful but weakened rivals, the poker game has only just begun. The market is now growing in the agreement.

By Wilfrid Galand, Director of Strategy