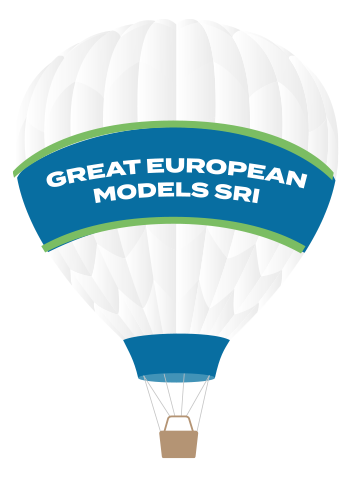 Why has economic profit/loss become more skewed to certain companies in the last 20 years?

It’s a natural evolution because the world has become more globalised in the last two decades. Another important factor is scale and size: the bigger a company is, the more it’s able to capture larger slice of economic profit, or equally, the more it can destroy value. The top – and the bottom decile – are becoming more and more important and if we look at what’s really embedded in those winners and losers, one of the things in common amongst the winners is that  they tend to be substantially more innovative.

What is the key to becoming a Gem?

Gems tend to either invest more in R&D or they’re good at building a strongerbrands. Typically, Gems are more globalised and much better at leveraging both their human and industrial capital. Technology also plays a significant part because a lot of these companies were able to become digitalised faster and use higher levels of automation. We want these companies to have a solid business model which translates into market leading positions; the ability to create value across the cycles; and attractive financial metrics. When you have these elments, you have a great car, but you need the right driver so as a next step, we look at the managers running those businesses and ensure that they have the right incentives.

Can you give us an example of an obvious Gem, and a hidden one?

One of the absolute Gems in the luxury space is Hermès. It’s a great combination of a strong brand and a very profitable business, that’s run in the long-term interest of the family that’s the majority shareholder. One thing that we love about Hermès is that although they operate in a structurally growing maket, their business is run without stretching the brand equity. Hermès has the ability to grow at 7% to 10% per annum, in a very sustainable way.. By contrast, if we look for a hidden Gem, they are businesses that will have the characteristics of a Gem, but are generally less well-known. JD Sports is a great example: it  benefits from the fact that sporting goods manufacturers are increasingly adopting the behaviour of luxury goods company. They’re cutting distribution to create product scarcity; focusing on key distribution partners like JD Sports They’ve successfully started to replicate their business outside of the UK with acquisitions by buying Finish Line in the US and they’re acquiring more niche brands to expand globally.

How can you spot Gems in their early stages?

Sometimes IPOs can highlight businesses that are particularly innovative and disruptive, but another way to look at it is by considering the entire value chain. Is the supplier of the product in a better position in terms of the pricing power than the distributor? Who controls the market? Do you have fifty suppliers or is there just one? Looking through the value chain often helps us to get some attractive investment ideas.

How do you integrate ESG analysis?

ESG analysis is very much embedded in our strategy. We have developed our own four step model, the first two steps involve quite a strict exclusion model for severe controversies and some sector such as weapons, coal, tobacco etc. Next, we’ll assess the alignment of interests between the board and the stakeholders. Here we check diversity, pay, ownership and accounting, which will then segment into either Pass, Watchlist or Fail. As a final part of the process, we’re looking for companies who are positively contributing to the UN SDGs.

Is sustainability intrinsic to a Gem model?

People are increasingly looking for sustainability, it started with consumption and it is now increasingly spreading to their investment and savings. Having said that, we believe that overlooking ESG exposes companies to several risks.by paying attention to stakeholders, a business will protect itself from reputational risks. But in the future, we believe that those risks could also become financial; as the world moves towards a global carbon-neutral system where, there is an increasing likelihood that if you’re polluting, you will have to pay for it.

What are some of the key themes within which future Gems might emerge?

You have several themes emerging right now: climate transition is important and it’s going to be a long-term trend. Consumption is also fairly big as is healthcare. Better life is a key trend to us, and we’ve all seen how important it is to be in good health throughout the pandemic. Technology has been an obvious accelerator here including in the development of vaccines.